We often hear the question, "Why don't children tell someone when something bad is happening to them?" Parents say with certainty, "My child would tell me if someone was abusing them." If only it were that easy.

Statistics show that 73% of children do not tell anyone about sexual abuse for at least one year. The grooming process is manipulative and designed to keep children silent. Frighteningly, it is also effective. Reasons for this include the relationship of the child to the abuser, the child's shame about the abuse and fear of repercussions, and the methodical erosion of sexual boundaries. Abusers are skilled at developing these factors and using them to their advantage.

Relationship of Child to Abuser - Only 7% of child sexual abuse (CSA) cases involve abuse by a stranger. It is most likely that the child knows, trusts, and loves his or her abuser. In about 30% of CSA cases, the abuser is actually a family member. Children are generally taught to obey authority figures and so may not understand that they can say no. Further, they may not want to end the relationship or punish anyone - they just want the abuse to stop.

Internalized Shame and Fear - In many cases, victimized children blame themselves for sexual abuse. This is often encouraged by abusers, who may tell the children that they are at fault or that no one will believe them. Boys, particularly, may be ashamed to tell - they feel they should have been able to stop the abuse, they may question their sexual identity and fear being stigmatized. Further, abusers may make incidents a "secret," and threaten to harm children socially or physically if the secret is told.

Erosion of Sexual Boundaries - CSA is generally a process rather than an immediate action. Abusers create or build upon relationships with children and their families. They capitalize on their positions as family members, authority figures, instructors, or community leaders by emotionally manipulating children - establishing "favorites," engaging in a cycle of flattery and humiliation, filling voids such as father-figure, counselor, mentor and spending increasing amounts of time with their victims. They publicly challenge boundaries with overt physical contact. Hugs, swats, rubs, and pats can be made to look like innocent actions. Children who report this behavior may be told, "Oh, he/she always acts that way." By the time sexual abuse occurs, the child is dependent on and emotionally controlled by the abuser, confused as to what behavior is acceptable and whether boundaries have been crossed.

A final reason children don't tell is that in many cases, adults don't ask. It is imperative to encourage children to discuss incidents that make them feel uncomfortable, to explain the dynamic of secrets, and to help them understand appropriate and inappropriate touching. If your child or a child in your care does allude to or discuss an incident of CSA, listen. The prevalence of false report is very low, between 2 and 10 percent.

We are always needing extra items for our clients.
Check out our wish list to see what you could give to support our center. 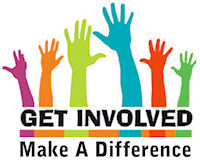 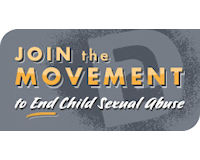 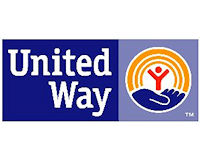 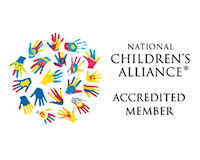